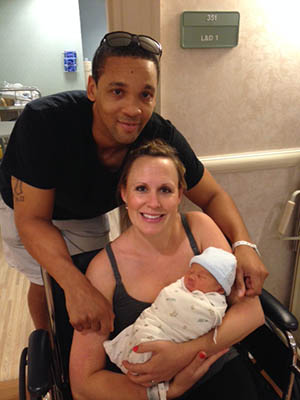 Sarah Ferguson is a cardiac catheterization lab nurse at Hilton Head Hospital. When she found out she was pregnant she immediately chose to deliver at the Glenn N. Love MD Women’s Center at Hilton Head Hospital. She didn’t feel like she needed to look around because of how highly recommended the doctors and staff were by her colleagues and other patients.

A few months before Sarah found out she was pregnant she was diagnosed with phlebitis, an inflammation of a vein. She decided to wait to look further into it because her wedding was a few months away and she had very little time.

She started regularly seeing Dr. Tracey Leaver-Williams, OB/GYN physician. During an appointment, Sarah mentioned her phlebitis. As a precaution, Dr. Williams took Sarah’s bloodwork and it was discovered that she suffered from a genetic blood clotting disorder, Factor V Leiden. The rare disorder causes an increase in blood clotting and a substantially greater increase during pregnancy. She became a high risk pregnancy because a clot could have gotten stuck in the umbilical cord or placenta causing a miscarriage. “Dr. Williams saved my son’s life,” says Sarah. “If she hadn’t discovered the disorder, he could have died.”

Sarah was induced at 39 weeks because of her disorder. After two days of labor, her doctors suggested that she have a C-section instead of her choice to have a vaginal delivery. “I was devastated. I didn’t want to have a C-section,” says Sarah. “Dr. Leaver-Williams came in on her day off, sat with me for hours and kept me calm. I ended up being able to have a vaginal delivery and Noah is beautiful and healthy! ” 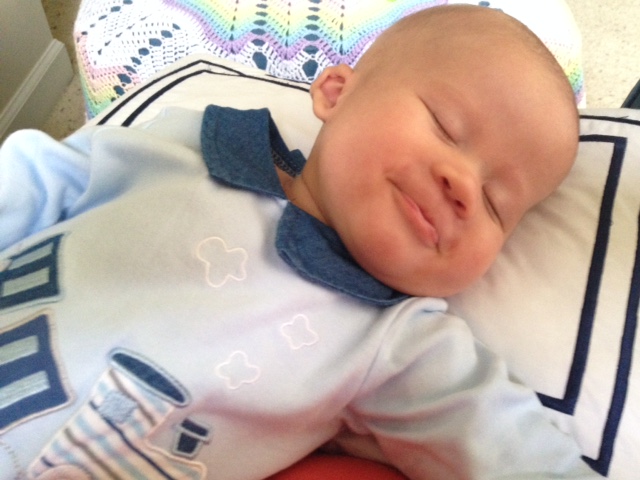 She could not believe the sacrifices her doctors made to be with her, “It was Dr. Coats’ birthday the first day of my labor. On the second day, it was Dr. Leaver-Williams’ wedding anniversary,” says Sarah. “As soon as Dr. Leaver-Williams knew I was calm and ready she was finally able to go to her anniversary dinner.” Dr. Stephen Coats delivered Sarah’s baby boy.

Sarah also appreciates the team behind her amazing doctors for their exceptional quality of care, “Carla, my nurse at the hospital, and Piper, from the office, they were both outstanding. It's a team effort and everyone involved was amazing!”