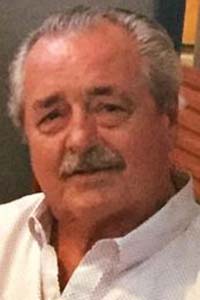 Butch Branson woke up in the middle of the night with a pain in his side that felt like a severely strained muscle. The following night it happened again but the pain was worse. Butch was having a heart attack.

His wife took him to the Hilton Head Hospital emergency room. “Right off the bat it was a great experience because they took me right back and started working on me,” says Butch. “I saw my first cardiologist at 4:30am. I was shocked someone was there that early in the morning.” His heart was stabilized and he met with Dr. Jay Kalan, cardiologist at Hilton Head Hospital, regarding what the next step would be. “It was amazing how Dr. Kalan conveyed his message about the procedure,” says Butch. “He delivered the results he said he would and I knew exactly what to expect.”

Butch had one concern about the timing of his surgery because he was planning to play in the RBC Heritage Golf Tournament in a few weeks. “I told Dr. Kalan that I had a very important game coming up. If I was going to miss it, I would have put the procedure off,” she says. “Dr. Kalan made it happen.”

Dr. Kalan put one stint into Butch’s heart during surgery at Hilton Head Hospital. His procedure was on a Thursday and Butch was out playing golf the following Tuesday. “I could’ve played on Monday and would’ve but the course was closed,” says Butch. 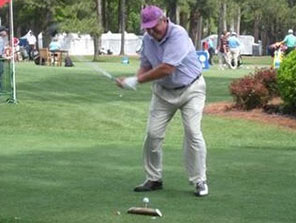 Two weeks after surgery, Butch was given the go ahead to play in the Heritage tournament. “I had no muscle damage and my heart was strong,” he says. “I was back playing golf six days after my surgery and I played in the Heritage thirteen days later. And I won the Pro-AM portion of the tournament!”

Butch is ever grateful to Dr. Kalan and the medical staff for delivering such a high quality of care. “The hospital staff was great,” says Butch. “They were professional and they are a well-oiled machine. It was such a great experience”

Savannah Cardiology is accepting new patients and will continue to accommodate and care for their patients locally at Hilton Head Hospital. To find out more, please fill out the "contact us" form on this page.