Skip to main content and our Accessibility Statement may be found in the footer of our website.
Back To Our Stories 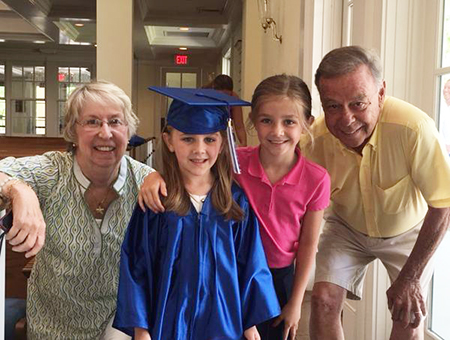 It all happened very fast. Dana Quigley, mother of three, found out she had breast cancer at the age of 41. Dana’s mother had breast and colon cancer which put her in the high risk category for cancer. “Early detection was important to me because of what my mom went through,” says Dana. “Ironically, I had always had a lump near the spot where they found the cancer.” 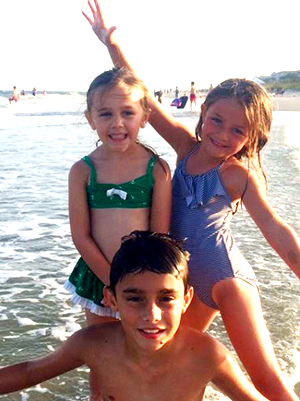 Around Christmas of 2015, Dana was in the carpool line to pick up her kids on a Friday afternoon when she received the call from Dr. Ringer. “She said, ‘It’s cancer. It’s not terminal. You’re going to survive.’ I was spinning and I felt like I had been hit over the head,” says Dana.  She went in on Monday to discuss her options with Dr. Rochelle Ringer, fellowship-trained breast surgeon at the Breast Health Center.

They caught the cancer very early and it hadn’t spread. After doing her research, Dana decided that a full mastectomy was the best option for her. “I immediately knew that I wanted it out of me,” says Dana. “I would drive myself crazy if it wasn’t completely out.” Within a month of being diagnosed, she had surgery. “Waiting was the hardest part,” she says. “I couldn’t have gotten it done faster.” Dr. Ringer removed the breast tissue and some lymph nodes but Dana did not need radiation or other treatments. 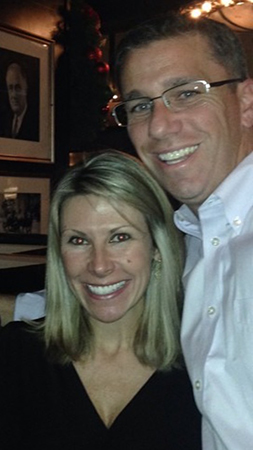 Dana was grateful to Dr. Ringer and her staff for being able to read her fears and sense of urgency to get done with this process, “The longer I waited, the harder it was going to become for me. Dr. Ringer was wonderful in the sense that she realized that I needed to get this done quickly,” says Dana. “She supported me and validated what I wanted to do with my body. This is a time where you feel so vulnerable and it feels amazing to feel validated.”

“No one can really prepare you for cancer,” says Dana. “Dr. Ringer really understood me and the staff at the Breast Health Center were wonderful.”